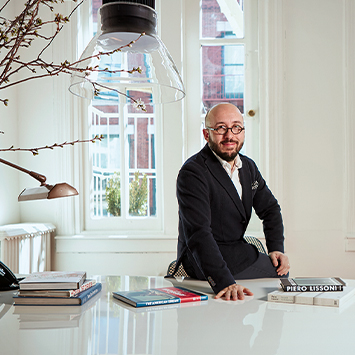 Stefano Giussani joined Lissoni Associati in Milan in 2004, becoming an integral part of the design team for projects both in Italy and abroad. In 2013, he was made partner, leading the firm’s interior design department for international projects, including Asia and the Middle East.

When Lissoni New York was founded in 2015 to serve as an extension of the Milan‐based interdisciplinary studio and to bring the interior design expertise of Piero Lissoni and his practice to the Americas, Giussani was appointed CEO and has propelled the establishment and rapid expansion of the firm. He defines the business development strategies, is responsible for client acquisition, develops and oversees projects for the American market, as well as hiring and managing the firm’s international design team based in New York. As the key figure for Lissoni in the Americas, Giussani also delivers lectures and talks, bringing the Lissoni design philosophy as applied to hospitality, commercial, and residential projects to an ever-wider audience. As CEO of Lissoni New York, he oversees projects spanning the American continent from Canada and the United States to Brazil.