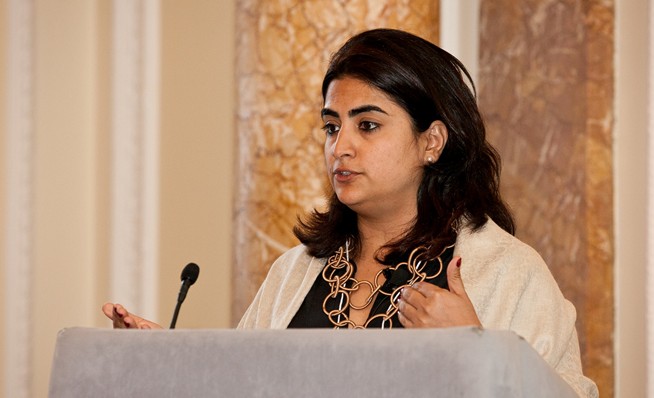 Aliya Khan is the Vice President of Design, Select Service and Extended Stay Lifestyle at Global Design Strategies, where she oversees projects for AC Hotels, aloft, Moxy, and Element brands.

Previously, Khan worked as director of renovations at Starwood Hotels and Resorts Worldwide, where she oversees global renovations for the W, Le Méridien, St. Regis, and The Luxury Collection hotel brands. She also served as a consultant at Pentagram Design on projects that included The Smithsonian Museum, The National Building Museum, and The Clark Institute of Art. Before that role, she held architect positions at both Husnain Lotia and Shahab Ghani and Associates in Pakistan. Khan was also an adjunct professor at Indus Valley School or Art and Architecture in Pakistan.