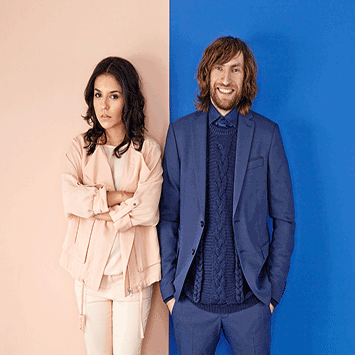 At Masquespacio, Ana Milena Hernández and Christophe Penasse strive for highly defined and creatively designed spaces. The duo launched the creative consultancy in 2010, but came together from very different backgrounds.

Born in Bogotá, Colombia in 1982, Hernández moved to Spain at the age of 18 where she pursued her interest in design. She studied interior design at Valencia Barreira, and went on to establish her own design style while working for a Spanish studio. A native of Belgium, Penasse devoted much of his time to music. He spent time working in the commercial and marketing department of Sony Pictures Home Entertainment while pursuing a marketing degree. He later moved to Spain where he eventually partnered with Hernández to launch Masquespacio. He continues to operate the firm’s commercial and marketing department.
The firm has received international recognition for its projects in Europe as well as the U.S., including 13 awards from Design & Design.