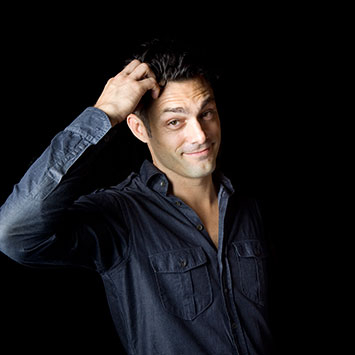 Dieter—with his partner Jonathan McElroy—is a founding partner of Warren Red, a design practice specializing in hospitality design. At present Warren Red is working on the naming, branding, and interior design of two boutique hotels in the U.S.

Dieter started his design career in Sydney at PTW Architects, one of Australia’s oldest and largest architectural firms. During his time there he worked on the interior architecture of a Foster & Partners-designed multiuse high-rise development, as well as large-scale residential and public arts projects. While seemingly a long way from hospitality design, theater and museum design held many lessons for understanding the symbiosis between back-of-house and guest experience so vital in the design of bars, hotels and restaurants.

Preceding his design career were 10 years tending and managing bars in Australia, the UK and Spain. While he has worked in such notable bars as London’s Met Bar and Trailer Happiness, it is the breadth and variety of hospitality venues he has been a part of that best serves him in the conception and execution of Warren Red’s projects. Consideration of all operational requirements, and how they fit into the greater context of the social dynamics, atmosphere, and identity of a space, comes from many years of experiencing the industry from every angle.

His relocation to New York was a considered move to combine hands-on hospitality experience with passion for design. Prior to the formation of Warren Red, Dieter was project manager and senior designer of a design collective for the design of the American Trade Hotel in Panama.

In 2013 Dieter was a panelist at the HD Expo, Las Vegas, and last year at Tales of The Cocktail in New Orleans was a co-host of a seminar on the topic of high-volume bar and restaurant design. Warren Red’s projects are gaining accolades for their union of interior design, branding and operational consideration.