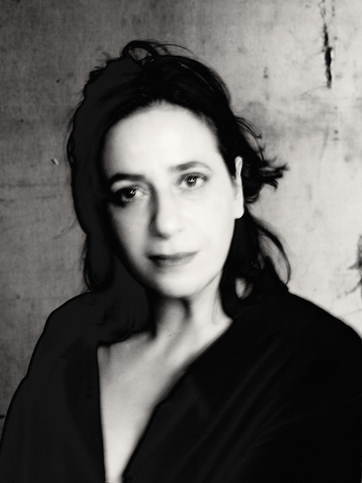 Architect, designer, and scenographer India Mahdavi was born in 1962 in Tehran, Iran. Mahdavi studied architecture at the École des Beaux Arts in Paris between 1980 and 1986. She earned her Architect Diploma DPLG in 1987. In 1989, she spent a year in New York, studying graphic design at the School of Visual Arts, furniture design at Parsons, and industrial design at the Cooper Union. She then returned to Paris and joined Christian Liaigre’s design studio as Art Director, where she remained for seven years. Mahdavi’s company, imh interiors, was founded in 1999, with the designer subsequently opening her own showroom in Paris in 2003. The following year, Salon Maison & Objet elected her Designer of the Year.

Biography and photo courtesy of L’ArcoBaleno and Paolo Roversi