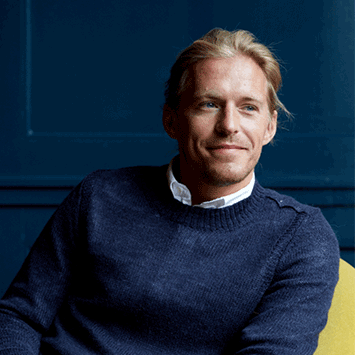 James Waterworth has been working in the interior design industry for the last 10 years on multiple international hospitality and residential projects. He started his career at Martin Brudnikzi Design Studio, one of the worlds leading hospitality firms based in London, before quickly receiving a promotion to open and run the agency’s U.S. office in New York. One of his first jobs was to lead the interior design for the Soho Beach House in Miami, a collaboration with Soho House Design team.

In 2010, Waterworth returned to London and set up his own interior design practice while continuing to work with Soho House. The firm received multiple awards and becoming the youngest firm to be featured within House & Garden magazine’s top 100 designers. In 2014, Waterworth accepted the role as Soho House’s European design director, and built a team to oversee the interior design of all the group’s clubs, hotels, restaurants, and residential clients based in the London office. Projects included Soho House Istanbul, Barcelona, and 76 Dean Street.

In 2016, he left Soho House to form Charles & Co. Design, with Julia Corden and Vicky Charles, an interior design company that is founded in a love of design and routed with experience on how to execute it.