Honorees
March 15, 2021
One Plus Partnership 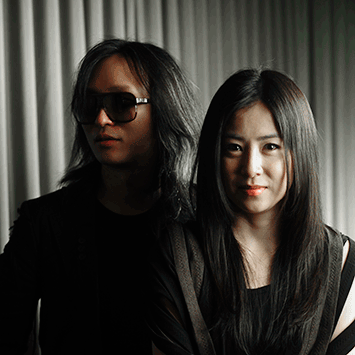 Honorees
March 15, 2021
One Plus Partnership

Ajax Law and Virginia Lung established the Hong Kong-based, award-winning interior design firm One Plus Partnership Limited in 2004. Their cutting edge designs and daring visions keep amazing the global interior design industry. Over the years, One Plus has been totally awarded 399 international awards from the U.S., Germany, Italy, England, Japan, and Taiwan. In the year 2012, One Plus was being honored as the sole winner for Andrew Martin International Interior Designer of the Year Award, becoming the first Asian interior design firm to have been awarded the accolade. One Plus was also spotlighted by Create HK, a government initiative to foster the growth of creative industries in Hong Kong.

Law, design director and co-founder, graduated from the Polytechnic University of Hong Kong in 1999. He has been totally awarded 183 overseas and 98 Asian awards. Law has also been recently selected as the winner of “Ten Outstanding Designers 2014” and “2014 Ten Outstanding Young Persons” as well.In 2004, Virginia Lung founded One Plus Partnership with her partner. In only 10 years time her design company has excelled by becoming one of the ‘best elites’ in the interior design field.

In 2007, Lung was awarded the Annual Most Favorite Female Designer of Modern Decoration International Media Prize. She has been totally awarded 150 overseas and 92 Asian awards. Lung was also the only interior designer from Hong Kong and China to be appointed as a juror at NeoCon. She studied at the University of Oregon as well as the Lee Wai Lee Technical Institute.