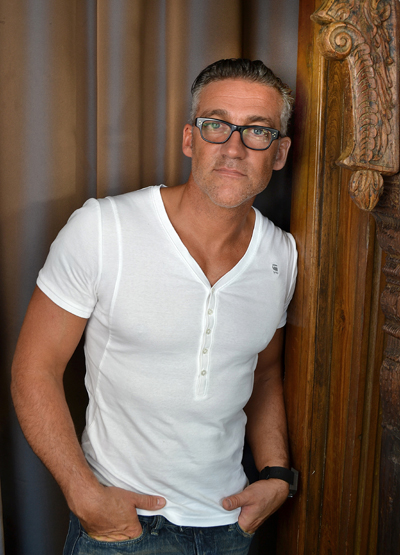 Artist, designer, developer and entrepreneur, Thomas Schoos has designed many successful hospitality venues in the U.S., ranging from Tao at the Venetian Hotel in Las Vegas to Santa Monica’s Huntley Hotel, which has won numerous awards and was featured in Architectural Digest.

His design of Searsucker in San Diego contributed to it being voted by OpenTable the second most popular restaurant in the U.S. in 2011. In 2012, Morimoto Mexico City was named one of two finalists in the Hospitality Design Awards for Fine Dining. Schoos’ success designing restaurants has led to ongoing partnerships with celebrity chefs like Masaharu Morimoto of Iron Chef and Brian Malarkey of The Taste, who rely on Schoos to design their restaurants’ interiors. The last few years have seen Schoos going more international, with projects in Beijing, Taipei, Thailand, London, the south of France, and India.

In addition to designing for clients, Schoos has recently been creating his own new restaurant brands, including a beach-themed coffee shop called Beach Nation and an Alpine restaurant called Ludwig Biergarten, both of which will open in LA later this year. Meanwhile, Schoos continues his career as an artist and painter, contributing original works to many of his projects.